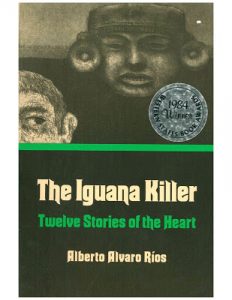 If any one thing has defined WESTAF since its inception in the 1970s, it is distance, which played a major role in one of its most notable projects, the Western States Book Awards [WSBA]. From 1984 to 2002, with a hiatus in the late 1990s, the awards honored works of fiction, poetry and creative non-fiction written and published in the West.

Changes in the publishing industry prompted WSAF’s entrée into the awards business. Beginning in the 1970s, the industry’s economic base realigned from largely privately owned small publishers to publicly owned corporations responsive to insuring a profit to shareholders, largely through feeding readers’ tastes for emerging popular genres. Those transformations limited access to shelf space for more “literary” works.

Out West, distance exacerbated conditions for writers and publishers. Isolation from major publishing centers meant lack of media attention to their work and poor compensation for most. Small regional presses, meanwhile, struggled to promote their authors: Poor distribution channels translated into lower sales, leading to less revenue and scant funds to publicize their authors. With little or no money to market their books, and skyrocketing costs for paper, printing and postage, many floundered.

Those conditions led in 1981 to a report to the NEA (PC 79-7) by David J. Fraher, a consultant for Western States Arts Foundation’s literature survey project and executive director of the Wyoming Arts Commission, surveying “model literary program designs.”[1] Stabilizing publishers’ economic conditions, thereby boosting media attention and sales, was the goal. Strengthening distribution channels was one avenue; marketing and promotion via a substantial award for western-based writers and publishers was another.

The book-award plan, implemented in FY 1983, initially called for WSAF to sponsor a selection of eight to 12 “outstanding literary titles for extensive promotion and distribution” in regional and national bookstores, “written by regional authors and published by regional non-commercial literary projects.”[2] Beginning in 1984, the effort became the Western States Book Awards, presented biannually (until 1993 when it became an annual award) to outstanding authors and publishers of fiction, creative non-fiction, and poetry working in the West.

The awards budget ran to $100,000 annually, primarily funded by the NEA, to promote regional authors and presses. Worries over NEA funding led to a suspension of the awards in FY1997 as the board re-evaluated their impact. They were reinstated in 1998 with the addition of a fourth category, translation, and, at the discretion of the WSBA jury, a lifetime achievement award for an author, provided s/he had a title under consideration in a given year.

By 2002, the end was near for the WSBA, overtaken by radical changes in the field. A dramatic increase in the number of book awards, the expansion of the marketplace as bookstore chains expanded nationwide offering increased availability and visibility, literary forums on the Internet, and, looming on the horizon, the advent of Amazon, all combined to diminish the impact or necessity of the WSBA program.[3]

Over the years, the Western States Book Awards honored 13 novelists, including one lifetime achievement to Simon Ortiz in 1999; 13 poets, including three lifetime awards, Eve Triem, 1984; John Haines, 1990; and William Stafford, 1992; 15 creative nonfiction awards, including two in 1986 and two in 1995; and one award for translation, in 2000. A copy of [almost] every award winner is in the Archive’s “Publications” collection. 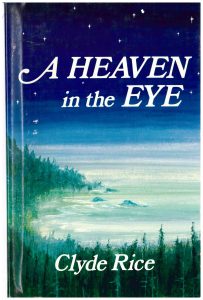