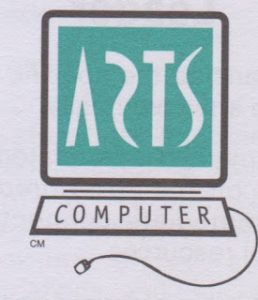 One of WESTAF’s first forays into new technology involved placing low-cost computers, kitted out with arts-related and high price-value software, in the hands of arts administrators. The ArtsComputer project made a little money — mostly in the $80 to $180 range per unit — after covering administrative costs.

The test-phase in early 1998 yielded several orders from grantees of the Arizona Arts Place program and the Oregon Arts Commission that hoped to make ArtsComputer the standard system for its statewide regional arts commissions in order to unify database applications.

Six participating WESTAF state arts agencies were on-board at start-up, although most inquiries came from individual artists. Agreements with software companies, notably Microsoft, had limited WESTAF’s ability to sell the computers to individuals at the organization price.

Still, WESTAF considered ArtsComputer to be a potential ongoing program and believed it could find a work-around to provide the equipment to individuals.

A larger issue involved technical support for new users. Ultimately, providing such support proved too costly to justify in terms of staff time. Coupled with shifts in the retail computer market, which sent hardware prices plummeting, it simply became too expensive to continue. “All the revenue was swallowed up in administrative costs,” said Matthew Saunders, at the time WESTAF’s director of technology programs.

In January 1999, WESTAF pulled the plug, although the experience helped guide its successful move into software designed for arts and cultural organizations. 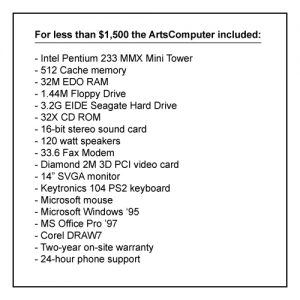